Mike and I are no strangers to the Sunday taco dinner option.  When we are at a loss for what to make, we end up at tacos.   This time around we fought the urge and decided to try something new.  Mike chose the main, bbq ribs, and I chose the side, tamales.  I’ve had them once before at Mesa Grill in Vegas and they were AMAZING but I suppose it’s expected considering Bobby Flay was behind them.  This was Mike’s 1st tamale experience in both the making + the eating departments.  We had several rookie moments along the way but were satisfied with the yummy results.

Mike googled a recipe, we picked up the ingredients we needed and we were tamale-ing!

Grilled Tamales w/ + Fresh Corn
[note: we slightly strayed from the recipe as we didn’t have poblanos] 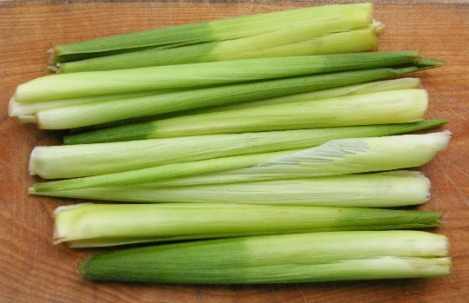 if using poblanos….
while husks soak, roast chiles on their sides on racks of gas burners on med-high turning w/ tongs, until skins are blackened all over [4-8mins] | transfer to a bowl + cover and let stand [10 mins]
peel chillies + stem + seed + devein + coarsely chop 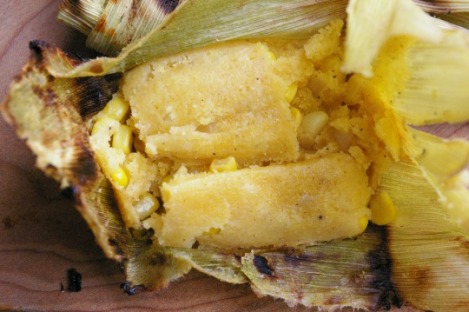 Here’s to trying something new and adding tamales to our corn repertoire!

4 responses to “the off season: corn tamales”