As Wednesday passed [without a single note, photo, or blog idea jotted down, I contemplated taking a bye week.  This late post is not to be misconstrued with a lack of effort; efforts were present but diverted in other directions.  Ultimately, I decided to get my act together as it’s too early in the season for byes.  Better late than never!

Football Sunday week 7 was a busy one.  Amidst witnessing 3 milestone events, I took on a sewing project [more to come on this project later] and 2 of our good friends were in town for the week from Glasgow.  Mike and I hadn’t seen Melody and Billy since last last August. There were major catchup sessions to be had over cocktails and food which fit nicely in between each milestone event witnessed.  Our reunion was short but sweet and is to be continued in Glasgow in the near future!

My grandmas birthday was celebrated over a feast of Filipino dishes surrounded by family- man did I miss Filipino cooking!  Though the dishes weren’t as good as my mom’s [as things rarely ever are], they hit that home cooked spot.   Happy Birthday Lola!  I wish you love, health, and another 82 years of celebrations.

The words “sitting anxiously watching football” don’t often come together when describing my TV viewing, but I couldnt’t help but get caught up in the excitement of a history making moment.  Coming off the high of Carrie Underwood singing the Sunday night intro [my fave part of the night], I sat, watched, and waited until Peyton throw his number 509.  The second it was thrown caught and celebrated the spell was over and I continued with my Sunday night.

And now to the main event… 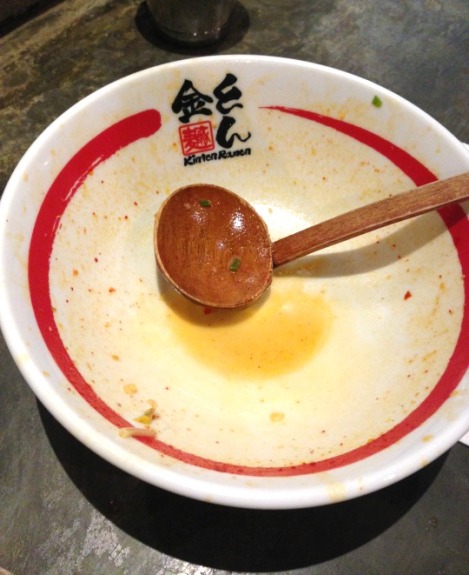 It’s no secret that we are big ramen eaters.  Though we haven’t been as diligent with our Sunday morning ramen brunches as we were last year, Mike still gets a bowl in once a week.  As manning celebrated his 509th TD pass, Mike celebrated his 50th Kinton bowl.

To earn a stamp on your Kinton Bowler card you must completely eat your bowl clean.  I am on my 1st card and am 3 stamps in.  Fullness usually hits when my noodles are gone and I rarely have the desire to slurp my bowl dry.  I consider this a practice in self control.  Mike, however, is now on his 5th card!  In the presence of Kial and Me, he slurped his way to his 50th stamp. 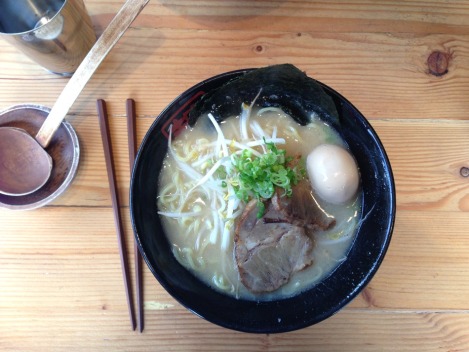 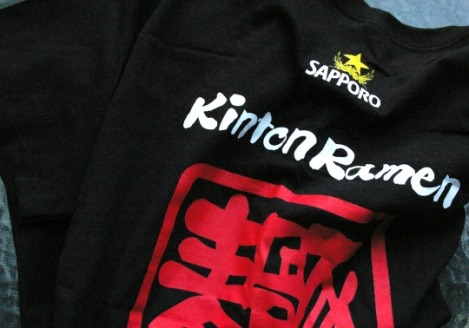 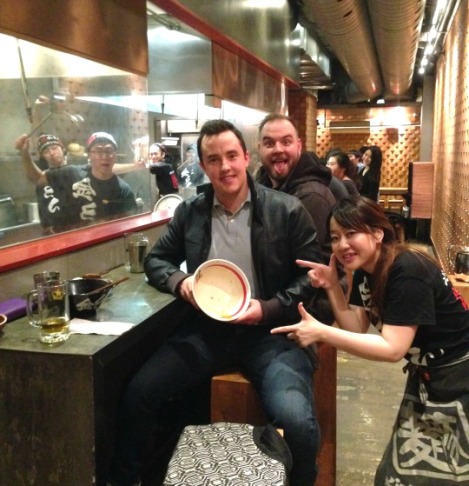 Congrats mike, I don’t know whether to be happy for you or to be concerned for your internal sodium levels.