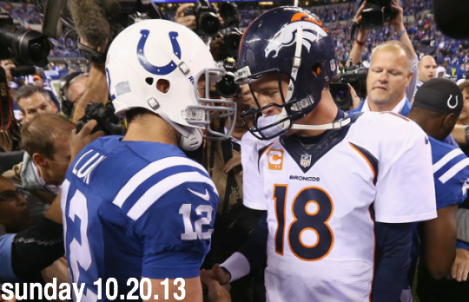 Another Sunday morning started with the same early rising rigor; the TV on, Mike perched on the couch, laptop on his lap, and an extra body waking from their slumber.   This Sunday’s mystery guest was a new face.  Mike’s friend Josh was in town for the weekend and he crashed on our cot after an eventful [understatement] Saturday night.   It was 10am, Josh’s flight was to depart at 3:15pm and he insisted, before boarding, that we take him to get ramen at Kinton; another ramen brunch! Before we knew it, Josh’s airport cab was outside Kinton, the bill was paid, and mike was racing home to catch the Dallas game. 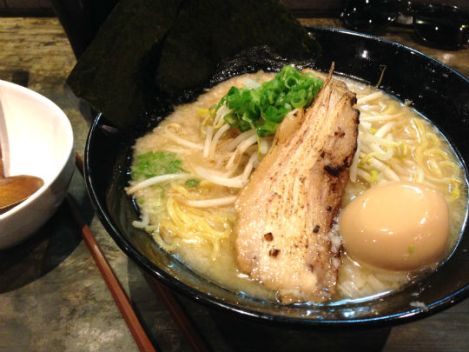 [Side note]  With the amount of ramen mentioned on this blog you’d think it’s be called “So I Just Ate Ramen… Confessions of a Ram-aholic”.  Ramen ramen ramen.

Sunday October 20th marked another football Sunday cancelled.  It was the day of the Scotia Bank Marathon… so naturally we had to postpone.  No, not because any of us actually ran the marathon, but because of the  traffic as a result of the marathon.  All Football Sunday regulars wanted to avoid driving to and from our area at all costs.

Along the same vein of avoiding marathon related traffic, my original plan to drive to a pumpkin patch was also cancelled.  Under normal driving conditions the patch is about 45mins away.  Throw a marathon into the mix and I imagine the drive would be 45mins x2; no thank you.  Dead set on pumpkin shopping, I went to the next best place; Loblaws.  I scored a sweet 2 for $5 deal and only had to spend 15min driving [both ways]!

I can’t recall the last time I carved a pumpkin.  Equipped with photo inspirations and my $2 pumpkin carving knife and scooper, I assembled an army of tools from both my baking and sewing/pattern making boxes.  I figured I may as well cover myself for all scenarios.  Once I overcame the the initial pumpkin guts grossness, I got into a carving groove.  I am more than pleased with my results; especially with my Karl Lagerfeld-o-lantern!  A pumpkin ponytail never looked so chic. 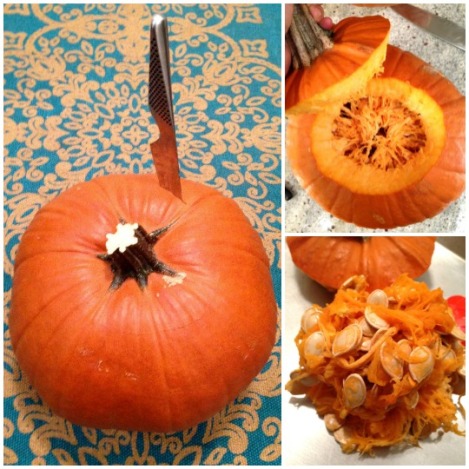 I decided to bake the seeds; nothing fussy.  Once the seeds were separated, I tossed them in melted butter and then flavoured with salt and paprika.  I preheated the oven to 325 and baked them on a baking sheet for 35-45 minutes mixing half way.

Coming off of a hefty Thanksgiving cooking week, Mike decided to make pizza.  It was easy and, besides making the dough, it required little prep work.  Over the years I have experienced the phases of Mike’s pizza dough.  I was there when he cracked open his Jamie Oliver cookbook and attempted making pizza dough for the first time in his mom’s kitchen.  It was flavourless, hard, and resulted in a laborious chewing experience.  Now, through trial and error, I say he has perfected it.  He claims that he doesn’t exactly know where his current recipe is from, but all I need to know is that it’s delicious.  It’s been quite the pizza dough road but I can vouch that age and experience has paid off in this case…sorry Peyton.