It appeared to be a casually planned, kind-of last minute, getaway and I was more than happy to casually plan and get away, last minute, for the weekend.  As the days led up to this escape, the plans became less causal and the details began to materialize.  Kial and Mike were in conversations about who was in charge of what, timelines were plotted, menus were planned, and before I knew it Mike had prepped + portioned a cooler full of food; 2 large balls of pizza dough were rising in our fridge; and I had taken a half day off of work for an early getaway.

We left Friday afternoon, made a quick pit stop for lunch and bags of ice, and then hit the road due northeast for Kawartha cottage country [to Kial’s family’s cottage].  After 2.5ish hours of driving and a couple windy roads, we made it to the cottage!  Hours ahead of the others, our car was the first to arrive.  Tamsin unlocked the place, gave us a little tour of her family’s cottage, and Mike and I continued our exploration down to the lake.

The property, perched on a cliff, had an amazing view of Chandos Lake and along with it, a 1 million and 1 step trek to the dock; not so bad going down but a different story going up. 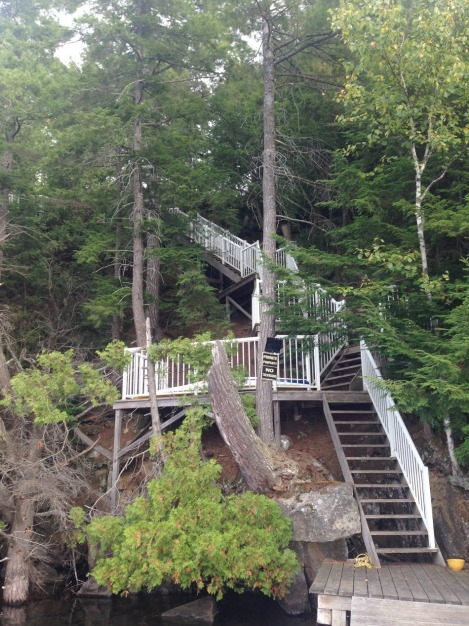 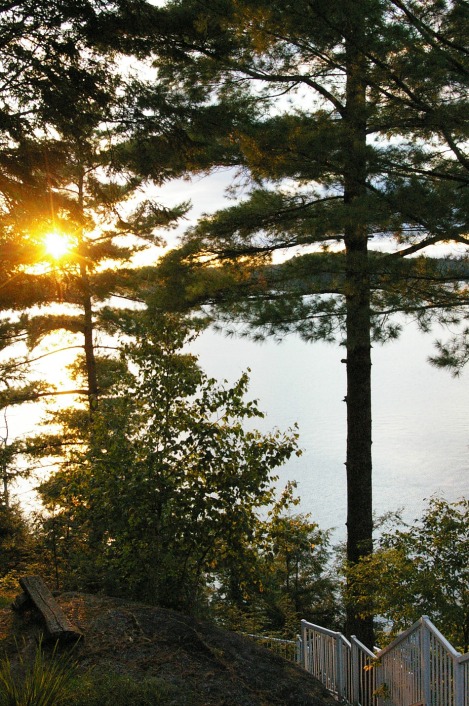 We un-packed, settled in, and played UNO as the rest of the group trickled in throughout the evening.  This was the 1st time since Christmas that we were all together; a reunion 9 months in the making.

Mike was determined to jump into the lake and to get me in there too.  He succeeded.  Surprisingly, though cold, the water wasn’t THAT cold. 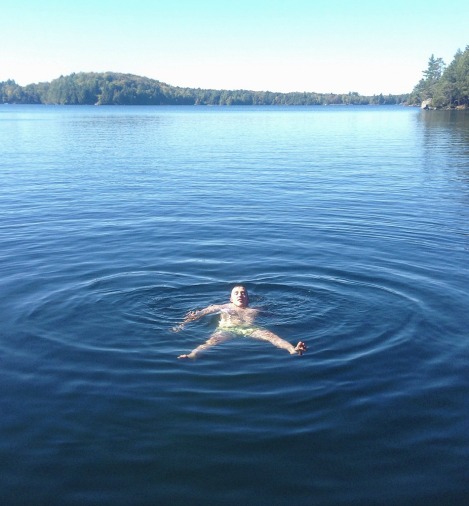 Taking full advantage of the wood fire burning oven; pizzas were on the menu for lunch!

Our toppings ranged from fresh garlic to chorizo to grainy mustard to slow-cooked oxtail and then some.  The topping combinations appeared endless.  So, I share with you the recipes that remained the same.

Though I say it every time Mike makes pizza, I have to say it again but this time it’s true; well more true than the last time.  Mike nailed the pizza dough.  It was his best yet!

in a bowl, combine flour + salt and make a well in the centre
in a separate bowl, combine yeast + olive oil + lukewarm water | pour into the well
begin mixing the two together with your hands gradually incorporating the dry into the wet
after 3mins, when wet and dry are combined, set aside and let rest uncovered for 15mins
flour your hands and work surface
gently + firmly knead the mix on the work surface for about 3mins | re-flour as needed
the sticky dough should come together in a smooth mass after a few mins of kneading
divide dough into 2 pieces | shape gently into balls
wrap balls tightly in plastic wrap | refrigerate for @ least 24hrs and up to 48hrs before using 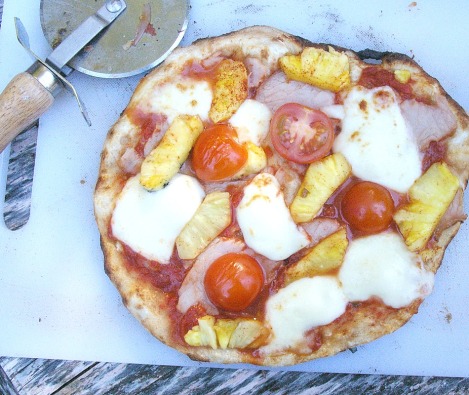 combine all ingredients in a blender
blend until smooth 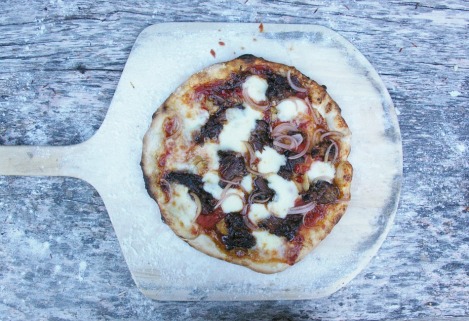 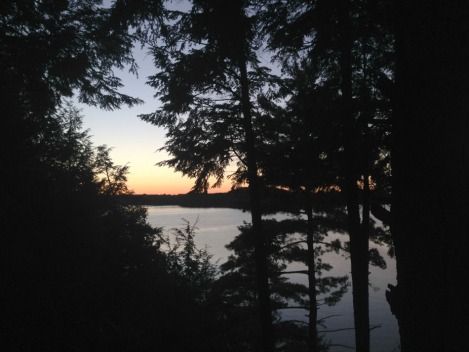 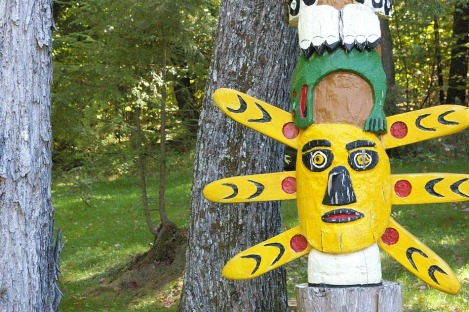 One would think a cottage weekend entailed sleep-ins and late afternoon brunches lakeside; apparently not this one.  Along came Sunday morning a.k.a. Football Sunday.  The guys were up bright and early, the kitchen was cleaned, and it was decided that no breakfast was going to be made.  They all had the same idea; there was no time for a sit down breakfast when a 3hr drive was ahead and the PVR was only set to record the 1st few football games.  Though I had a momentary lapse of time and place, their Sunday Football radar is even too strong for Mother Nature to overtake. 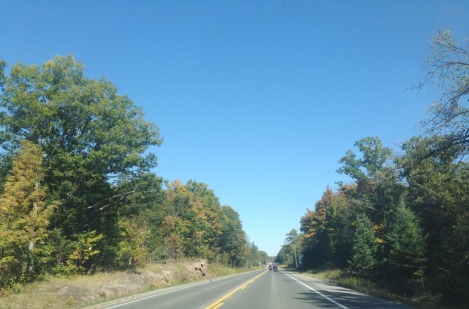 I guess I’ve already deemed Mike and my Prince Edward County weekend our ‘farewell to summer’ so I suppose this weekend was our ‘welcome to fall’.  We welcomed fall with a reunion of friendly faces [that we will hopefully see soon during the holidays] and slices and slices of pizza.

Thanks for having us!!