It’s only week 2 of Football Sunday and I’ve already fallen into mid season habits.  I bring this post to you a week late but filled with delicious sides, a roll of shorts [films not clothing], and an oven roasted chicken.

This Sunday, while Mike was roasting a chicken and watching his Dallas Cowboys, I experienced a Toronto first.  I’ve been in this city now a little over 4 years and have yet to go to TIFF [Toronto International Film Festival].  Each year, during TIFF, my Instagram feed is flooded with designer red carpet snaps and not so candid pics from star studded dinners.  Toronto is a buzz and I keep my distance until King Street is back to normal.  However, on the last day of the festival, an invitation to see a show [in which a friend’s friend was acting in: Bird Hearts; directed by Halfdan Olav Ullmann Tøndel; Norway] found its way to my inbox.  As a person who prefers to binge watch TV shows on Netflix over full length movies, short films are right up my alley. It was my opportunity to catch up with some friends, see a few short films at TIFF, and [more importantly] escape football.

All films touched on the topic in its own candid way and approached it from a unique voice in which the characters were evolving from, escaping, capturing, and coming to terms with each of their own identities.  The following were my faves of the lot [images + film descriptions taken from TIFF]:

THE MAGNETIC NATURE | Mateo Bendesky; Argentina | “Fifty-five-year-old Aldo and his older brother Pablo live together and take part in a religious practice invented by their father, whose congregation meets mainly online.  But for Aldo, the allure of the world outside the garden gates is growing much stronger than ‘philosophical magnetism.’ Now if he could just figure out a way to tell his brother…” 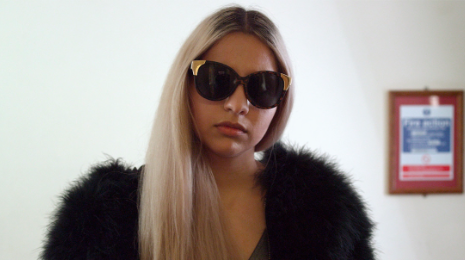 RATE ME | Fyzal Boulifa; United Kingdom | “What begins as a summary of online reviews of a teenage escort becomes a provocative and formally audacious commentary on the fluidity of identities and perception of young women in the internet age.  Indeed, the only thing that’s certain is Fyzal Boulifa’s Cannes prize-winner is the fact that all these people who claim to know “Coco” may not know anything at all.”

THE MAN WHO SHOT HOLLYWOOD | Barry Avrich; Canada | “This moving film chronicles the life of photographer Yasha (Jack) Pashkovsky, from his humble beginnings as a Jewish-Russian immigrant to his self-appointed position shooting the biggest stars in Hollywood’s golden era.”

And now back to the bird [kinda]. 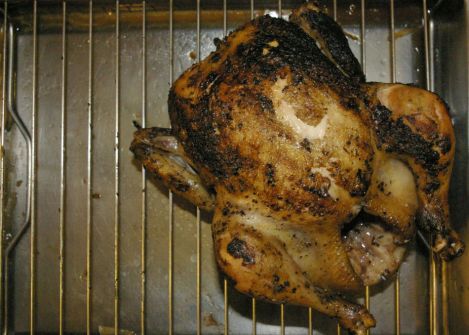 The chicken is usually the star of the dinner table, but in honour of the Dallas/Philly game where Brandon Weeden went in for an injured Tony Romo mid game, this time around it’s the sides who took it home for the win.  Mike brined the bird in water + sugar + salt + herbs + spices for 24hrs.  The result was a deliciously tender and juicy chicken made only better by the sides served up with it. 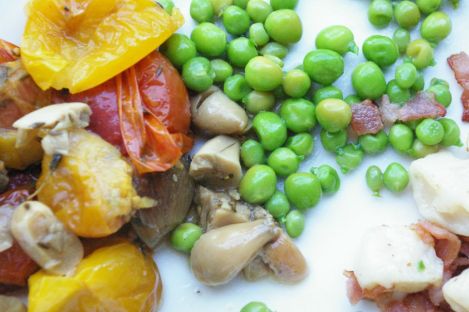 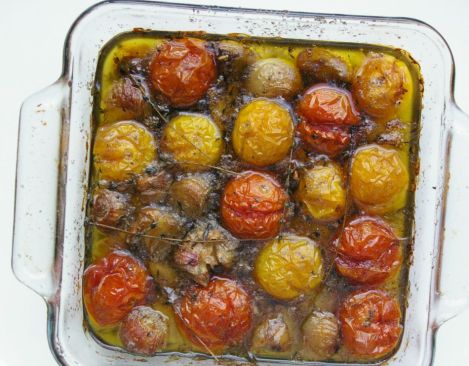 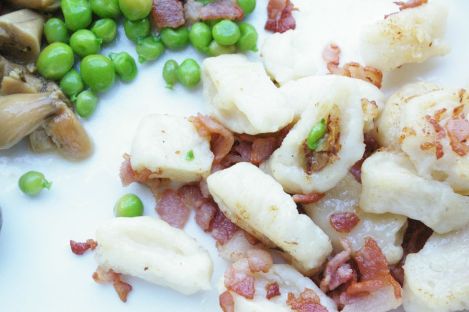 for recipe click –>gnocchi<–
once boiled, sauté in a pan with bacon until sides begin to brown

collect the chicken drippings from the roasting pan
in a pan add the roasting liquid + sauté the garlic, onion, and tomatoes until onions become translucent
add the wine and reduce by half
add the stock + thyme and reduce down to a thicker sauce consistency

Carve the chicken, spoon on the sides, pour on the gravy, and enjoy!